How can a bloke, 120 years ago with one eye, show us how to be a badass in the battle with the bookies in this day and age?

You and I have both heard the phrase “to turn a blind eye”.

The phrase “to turn a blind eye” is often attributed to politicians and police, we both see it every day and everywhere… oh, hang on, I somehow might have lost my bearings (or have I)?

Any road, before Mr Plod of the internet comes knocking, here is what I meant to say your honour…

To turn a blind eye is generally attributed to an incident in the life of Vice Admiral Horatio Nelson.

As always with history, some research will say different, but, I like this version, and because it’s my party, I’ll cry if I want to.

Vice Admiral Nelson was blinded in one eye early in his Royal Navy career.

During the Battle of Copenhagen in 1801, the cautious scaredy pants Admiral Sir Hyde Parker, who was in overall command of the British forces, sent a signal to Nelson's forces.

The order was for them to back off and discontinue the attack as he saw enemy ships lying in wait coming into view.

In those days, naval orders were transmitted by signal flags.

When this order was brought to the ballsier and more aggressive Admiral Nelson's attention, he lifted his telescope up to his blind eye, saying “what ships? I see no ships”.

And most of his forces continued to sail on pressing home the attack.

But Nelson smashed them.

Sir Hyde Parker was recalled back to base in disgrace and Nelson was appointed Commander-in-Chief of the fleet following the battle.

And as they say “the rest is history”.

Horatio Nelson must have been a remarkable man, and obviously he wasn’t a loose cannon, but what made him different?

He had conviction in what he was doing.

He had a plan and stuck to it.

Admiral Nelson had put the effort in to study battles that had been fought before.

He was confident in his plan because he paid attention to detail.

Now I know, that you know, those last couple of sentences describes what is needed to win at betting.

And like most people, in all walks of life, you know what you should do, but you don’t do it do you? 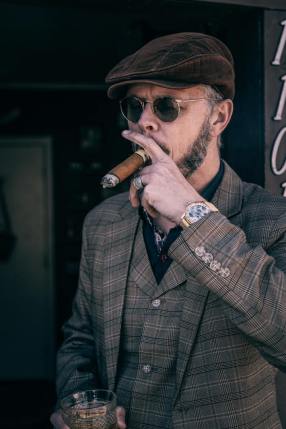 You can just imagine the bookie, in his very own corporate box with his cronies, lighting up his big fat Cuban cigar even before the runners come out the stalls.

Make no mistake, bookies will chin wag with you, they will be your mate, they will even put biscuits out for you, but there is venom behind their smile.

So, do you place bets and strike the bookie with venom, or are you going to keep them in the life style they are used to?

OK, hands up, here are a few secrets on how I operate because I am one of those people who know's what to do, but don't always do.

I know I should go to the gym a couple of times a week, and I do.

I know I should cycle so many times a week, and I do.

Have you got a picture of me being as fit as a butcher’s dog and having a body like a Greek god?

If you have, stop reading and skip to the bottom NOW.

You ain’t have you?

I know I should watch my portion size when I eat, but I don’t.

I know I shouldn’t have so many jars at weekends, but I do.

I know I should do stretching exercises, but I don't.

My point being, I am not going to teach your Granny to suck eggs because you know what you need to do to be better.

Now I know we all live busy lives, but if any of this strikes a chord with you, how about setting aside a few minutes when it’s convenient and actually think about HOW you find your bets.

Be honest and write your method down, you don't have to show it to anyone.

I would wager that when it comes to HOW you find bets, it’s a bit willy-nilly.

After you have done that, ask yourself...

Do you have a plan when it comes to betting?

I mean, a proper tried and tested plan that’s proved to be profitable over time?

One that you can stick to, no matter what?

I’m not talking about a plan where every bet wins, that’s impossible, only a proper eejit would think one exists.

No, I’m talking about a plan that wins over time, long term.

When you have these things in place, you can have the conviction to strike with venom, and I mean vicious venom.

You may think vicious venom is a bit over the top when talking about betting, but in my eyes it's not, I'm a fight fire with fire type of bloke because some of these bookies are the most venomous bastards on the planet at making money out of you.

I know bookies are just a vehicle to bet, and every bet you make is for or against the betting markets, but these bookie blood sucking Vampires are masters at drawing in the gullible while pretending to be their friend.

But that is a different subject for another time...maybe.

If you have a proven plan, then strike with conviction and venom.

As mentioned earlier, bookies will chin wag with you, they will be your mate, they will even put biscuits out for you, but there is venom behind their smile.

"There's room at the top they are telling you still,

But first you must learn how to smile as you kill,

If you want to live like the folks on the hill".

So, do you place bets and strike the bookie with venom, or is it a limp wristed effort and wishing and hoping?

Or are you someone who flits from one thing to the other?

Are you a short term thinker?

Are you someone who expects instant gratification when, or if, you join a racing service?

When you have a few losing bets, do you dump the method or tipster, or even the information your relying on in the bin, and look for the next shiny new object?

We both know that to jump from one thing to the other gets you nowhere in betting, or is it that you turn a blind eye to it, because that way, you don’t have to admit it, do you?

There will be more on this subject in the weeks to come to try and get your betting decisions better, and hopefully, it can get you thinking a bit more on what not many people like to think about...

Your downfalls, your weaknesses that causes bad betting decisions, admitting that your wrong.

Is it too uncomfortable for you to accept that to win long term, you will lose more bets than you win?

Are your stakes to high?

In any walk of life, the first step towards making things better is admitting you keep getting something wrong in the first place – and that’s what we all need to do.

So, here is a question for you if your brave enough to answer...

What's your downfall in your betting as to why your not winning?